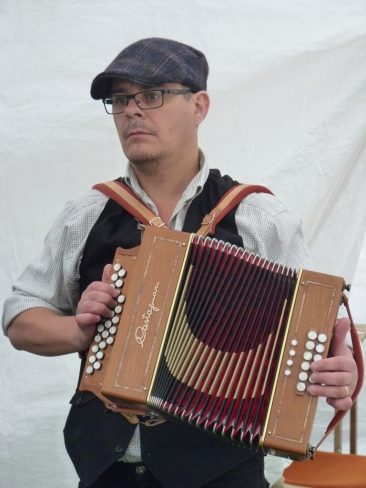 If you’ve ever been to an event at Crofton Beam Engines or Wilton Windmill, chances are you will have been entertained by The Crofton Stokers – three very talented chaps who specialise in traditional folk and blues music from Britain, Ireland and America.  Their music suits this special part of Wiltshire that is the Pewsey Vale – traditional, earthy, steeped with history and meaning.

Joe Phillips plays guitar, as does Clive Buckingham, with Jonathan Causebrook playing the melodeon, as well as writing songs.  Together they entertain with some beautiful ballads, country and folk music and song.

Joe, Clive and Jonathan perform across Wiltshire but more often can be found at local pubs and events in the Pewsey and Marlborough areas, including the occasional cruise on the Kennet & Avon Canal (the dates are here on the Visit Pewsey Vale website) starting from Devizes and from Hungerford.

So keep an eye out on our What’s On page for events that feature The Crofton Stokers – you will love them!