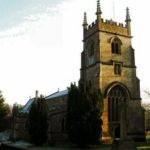 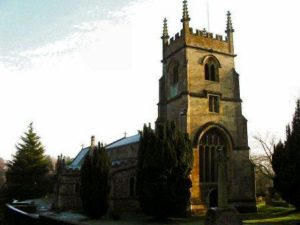 The Saxon settlement of Pevisigge almost certainly had a church built of wood and thatch on the present site high above the often flooded valley.

The Normans replaced it with one of stone and the arcades of pillars and arches remain.  The font is also Norman.

In the 13th century the nave roof was rebuilt and a clerestory was formed and a tower was built.

In 1861 the south chancel aisle (the chapel) was added and the church was filled with pews and galleries.